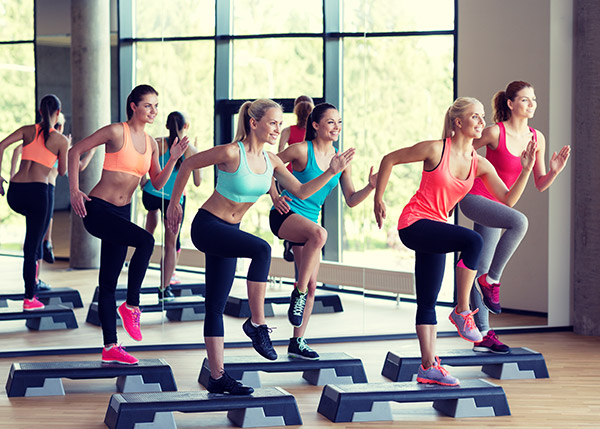 Polycystic ovary syndrome (PCOS) is a common female reproductive-age endocrine disease which affects about 5–10% of female population. The clinical spectrum of PCOS encompasses hirsutism, acne and male pattern alopecia, the sequelae of hyperandrogenism, and infertility as a result of ovulatory disturbance.

Even at an early age, PCOS women have a clustering of cardiovascular risk factors, such as obesity, insulin resistance, hypertension, impaired cardiopulmonary functional capacity, and metabolic syndrome. Although not part of the current diagnostic criteria of PCOS, obesity has been associated with the syndrome, since its original description by Stein-Leventhal in the 1930s and it is thought to affect 40% to 50% of women with the syndrome.

Research on PCOS –what studies show!

SOS: HIIT may not be appropriate for beginners thus; it is advisable to build aerobic fitness for 8-12 weeks before incorporating in your training.

1. Daily energy requirement of 2,000 – 2,400 kcal for patient of average build who is not too active. Avoid restricting this too much to start with.

3. Eat no more than 30% of daily calories as fat, restricting saturated fat to < 10% total calories. Use low fat spreads and dairy products.

4. Carbohydrate should count for 45 – 55% of the diet initially. Keep intake of refined carbohydrate down. Concentrate on low glycaemic index (GI) foods, those high in fibre and wholegrain foods.

5. Diet of higher protein content may improve satiety and insulin sensitivity. Start with 20% of daily energy as protein, but this may be increased by substituting for carbohydrate in those who have difficulty controlling eating or maintaining weight.

7. Eat at least five portions of fruit or vegetable per day. This promotes satiety, supplies fibre and maintains the micronutrient content of the diet.

9. Avoid calorie-dense snacks as they promote hyperinsulinaemia and drive hunger. Make sure that drinks are counted in daily calorie intake estimated – fruit juices and alcoholic drinks are often forgotten but are rich in calories and carbohydrates.

10. Even modest weight loss has health benefits. Achieving this requires energy restriction – modest 200 kcal deficit (decreased intake or increased utilisation will lead to 5% weight loss in 6 months for many. A 500 kcal per day energy deficit usually equates to weight loss of up to 0.5 kg/week (Farshchi, Rane, Love & & Kennedy, 2007)